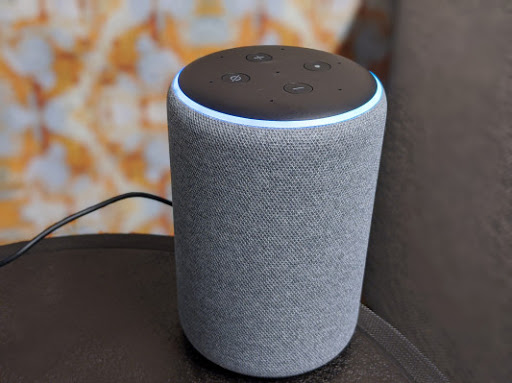 As Amazon moves further into the healthcare market, the company today is rolling out a medication management feature for Alexa owners. The feature will allow customers to set up their own medication reminders and request voice refills using their prescription information. At launch, these capabilities are only available to customers of Giant Eagle Pharmacy, a regional retailer in the Midwest and East Coast.

That being said, there are obvious ties to Amazon’s larger plans with regard to prescription management and healthcare. Amazon has now acquired two health startups, first with online pharmacy pillpack 2018 for slightly less than $1 billion. This was followed by last months acquisition of health navigator, which will become a part of Amazon’s pilot healthcare service program for its employees, the recently launched Amazon care.

The new Alexa features seem to be custom designed for integrations with both Amazon Care and PillPack prescription ordering, even though neither of the two services are referenced today as part of Amazon’s current or future plans with the Alexa features.

Asked about this, an Amazon spokesperson said only that the company would not “comment or speculate on the future.”

Instead, Amazon says it has teamed up with medication management solution and adherence tool provider Ominicell to enable the new features, which were inspired by how people were already using Alexa’s reminders system and other feedback.

For example, some customers said they would like to set time frames for reminders like “twice a day.”

To use the new Alexa medication management, customers will first need to enable the Giant Eagle Pharmacy skill and link their accounts. They’ll also need to create an Alexa voice profile, which helps Alexa to verify the person who is speaking, and they’ll need to create a personal passcode for an extra layer of security. Amazon notes that it had already rolled out a way for developers to build HIPAA-compliant skill using its platform, which not only includes the added authentication steps, but also redacts users’ interactions with the skill from the Alexa app for further privacy.

In addition, Amazon had also recently added a way for customers to view and delete recordings at any time, including from the Privacy Settings page, in the Alexa app, or by voice.

Once their account is set up, the customer can then say “Alexa, manage my medication” to get started setting up their reminders. Alexa will help the customer to review their current prescriptions and set up reminders based on when they prefer to take each medication.

When the reminders go off, customers can ask “Alexa, what medication am I supposed to take right now?”

When it’s time, customers can also use Alexa to request refills from the pharmacy by saying “Alexa, refill my prescription.”

The features, though limited to one regional pharmacy for the time being, offer a view into how Amazon envisions voice-ordering for prescriptions will work for its customer base, and how such a system could be integrated with its own health care program at some later date, perhaps.

“Voice has proven to be beneficial for a variety of use cases because it removes barriers, and simplifies daily tasks. We believe this new Alexa feature will help simplify the way people manage their medication by removing the need to continuously think about what medications they’ve taken that day or what they need to take,” noted Rachel Jiang, Head of Alexa Health & Wellness, in an announcement about the new features.

“We want to make it easy for people to get the information they need and to manage their healthcare needs at home while maintaining the privacy and security of their information, and hope this feature is a step toward that vision,” she added.

Posted by Shantanu at 00:34 No comments: